Word of the week  - ashamed

Whisper it, shout it, say it in a funny voice.

ashamed – definition – feeling embarrassed or guilty about something.

Try writing it in 3 different ways.

Can you think of any other words that mean the same as ashamed? Make a list.

Our book this week is The Scarecrow’s Wedding another book by Julia Donaldson and Alex Scheffler. 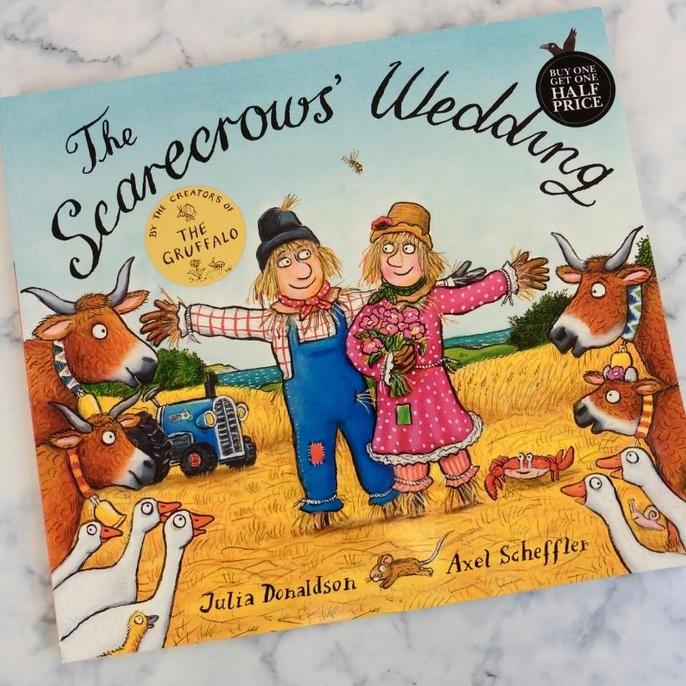 Here is a video of the story:-

Now try answering these questions about the story. Try writing you answers down today.

What was the story about?

Who are the main characters?

Who sews the feathers together?

Why doesn’t Harry pick the flowers straight away?

Why was Betty worried?

How do you think the farmer felt when he saw Harry was gone? Why?

What was your favourite part? Why?

Try writing a sentence using our word of the week  or perhaps you could write a short explanation of a time when you felt ashamed.

In our story this week, and in many stories there is often a good guy (a ‘goodie’) and a bad guy (a ‘baddie’). Make a list of character traits for ‘goodies’ and ‘baddies’ eg. a hero, kind, selfless compared to naughty, careless, mean. Think which characters from The Scarecrow’s Wedding could be seen as the ‘good guy’ and ‘bad guy’ characters? Was Reginald Rake really a ‘baddie’ or did he just make a simple mistake? Did he do any other mean or naughty things?

Can you think of any other goodies and baddies guys in Julia Donaldson and Axel Sheffler books? Can you think of any ‘bad guy’ characters in traditional stories? For instance the wolf in The Three Little Pigs or the stepmother in Cinderella . Make a list of all the ones you can think of.

Think about when Reginald Rake leaves poor Betty in a burning field. Anyone can make a mistake – and mistakes aren’t bad – but Reginald’s reaction is really naughty. Should he have run away to leave Betty in danger? What should he have done instead?

This week we are going to write a newspaper report about what Reginald has done and asking people to look for him so that he can come back and say sorry to Betty and Harry.

First of all you’ll need to write a description of Reginald – here’s a list of things to think about:

Look at these two sentences using 'ashamed'. One makes sense, one doesn't. Can you work out which is which?

The boy was ashamed of his dirty clothes.

The fish was ashamed as it swam down the river.

Yesterday you described Reginald for your newspaper article. Now you need to add some information explaining why Reginald needs to be found and what he has done.

Maybe you want to offer a reward for finding Reginald Rake (it could be something connected with the story such as a shell necklace made by crab or a dress of goose feathers sewn by spider) and ‘who to contact’ details in case he is found.

Once you’ve finished your article remember to look through for any mistakes and any sentences which you might be able to improve.

A picture of Reginald Rake might help people identify him. Perhaps you could add one to your report.

Imagine you are a farmer who has seen the report and knows Reginald Rake. Can they write a letter to explain where they have spotted Reginald and what he is doing? Maybe he has got into even more mischief on another farm, or perhaps he has seen the error of his ways…

Unfortunately not the ones with chocolate chips.

Some cookies are necessary in order to make this website function correctly. These are set by default and whilst you can block or delete them by changing your browser settings, some functionality such as being able to log in to the website will not work if you do this. The necessary cookies set on this website are as follows:

Cookies that are not necessary to make the website work, but which enable additional functionality, can also be set. By default these cookies are disabled, but you can choose to enable them below: